The External Scientific Advisory Board (ESAB) is comprised of three experts offering innovative advice and dynamic perspectives. The goal of the ESAB is to meet and discuss the activities, goals, and directions. An important role of the ESAB is to evaluate the performance of the project, assess a specific program and identify the problems of the project, as well as to provide feedback and inform improvement processes for the following period. 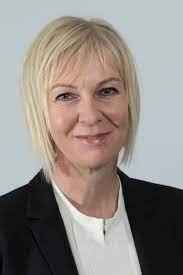 Department of Neuroscience and Experimental Therapeutics

Anna M. Planas graduated at the University of Barcelona and carried her Ph.D. on cerebral blood flow and metabolism at the Medical Research Council,Toxicology Unit in Carshalton (UK) (1984-1987) under the direction of Vincent Cunningham. She carried out a postdoctoral stage at the Service Hospitalier Frédéric Joliot (SHFJ) PET Centre of the Commissariat à l’Énergie Atomique (CEA) in Orsay (France) (1990-1992). She is Researcher Professor of the Spanish National Research Council (CSIC) and leads the Laboratory for Cerebrovascular Research at the Institute for Biomedical Research of Barcelona (IIBB) where she is Head of the Department of Neuroscience and Experimental Therapeutics. She coordinates the area of Neurosciences at the Institut d’Investigacions Biomèdiques August Pi i Sunyer (IDIBAPS) at Hospital Clinic of Barcelona. Dr Planas was member of the Board of Directors of the International Society for Cerebral Blood Flow and Metabolism (ISCBFM) for eigth years. She was the local host for several scientific meetings, including the Brain’11 meeting. She participates in Editorial Boards of scientific journals. She has published more than 200 papers in international peer-reviewed scientific journals. Her current main research interest is to underscore the contribution of inflammatory and immune responses to stroke brain damage and repair.

Kate Lykke Lambertsen graduated as a MSc from the University of Southern Denmark in 1999. She initiated her training in experimental neurobiology in the Department of Anatomy and Neurobiology, University of Southern Denmark, supervised by dr. Bente Finsen, when she was a master student. Following graduation in 1999 she became a PhD student in experimental neurobiology in the same department (maternity leave: December, 2001 – July, 2002). In 2004 she defended her PhD thesis entitled ”The patophysiological role of tumor necrosis factor and interferon gamma in focal cerebral ischemia in mice”. In 2005-2008 (maternity leave: March, 2005 – October, 2005) she did her first post doc funded by the Danish Medical Research Counsil at the Bente Finsen Laboratory, Medical Biotechnology Center, University of Southern Denmark. In 2008-09 she was a visiting scientist at the Miami Project to Cure Paralysis, in the laboratory headed by dr. John Bethea, funded by a grant from Carlsbergfondet. Upon her return to Odense, she was appointed an associate professor in Anatomy and Neurobiology at the Department of Neurobiology Research, Institute of Molecular Medicine, University of Southern Denmark. Kate Lykke Lambertsen has been a board member of the Danish Society for Neuroscience since 2007. Current sources of funding include the Danish Medical Research Council, Lundbeck Foundation, Offerfonden and a number of other grants.